A Biblical Perspective on Psychology and Psychiatry

Anything rooted in any Weltanschauung contrary to His Word is forbidden by the G-d of the Bible.[1]  This is taught in every section of the TaNaKh and in the Renewed Covenant (NT) as well.  One of our most revered writing prophets, Isaiah, warned Israel that seeking counsel from any source other than Adonai would lead to destruction (8:19-20). So, what is the Weltanschauung in which psychology and psychiatry are rooted? 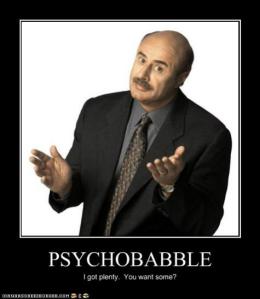 The Isaiahic passage specifically references mediums and fortune-tellers (8:19-20), but the secular fields of psychology and psychiatry also offer alternate sources of counsel. Are they Biblically acceptable sources of counsel?  New York University psychology professor Paul C. Vitz defines psychology as “the cult of self-worship,”[2] which makes it a form of idolatry. The extravagant prices that these practitioners of the religions of psychology, psychiatry, and psychotherapy charge would deter any Bible-believing Judaeo-Christian from seeking their counsel. Isaiah cautions, “Why spend money on what is not bread, and your labor on what does not satisfy?” (55:2). Ph.D.-holding psychiatrist Bernie Zilbergeld affirms that no psychological therapies are able to “satisfy,” writing of their universal ineffectiveness, “You can expect the same results regardless of which therapy you choose.”[3]

The first book of the psalter begins, “Oh, the happinesses of those who reject the counsel of the wicked and stand not on the way of sinners or sit where scoffers sit! Their delight is in ADONAI’s Torah; on His Torah, they meditate day and night.” (Psalm 1:1-2).[4] The belief system devised by atheists Freud and Jung, et al., being unrooted in Divine Truth, operates in opposition to it, making its central focus not the one true G-d Adonai, but rather the false deity of the self. Psychology professor Gary Collins admits, “When counseling is successful, the counselee’s values – including religious values – become more like those of the counselor.”[5]

Much of Sigmund Freud’s work is characterized by “a bitter antagonism to religion and all forms of religious authority.”[6]  Key figures in psychology Jung, Fromm, Maslow, May, and Rogers harbored similar sentiments regarding religion. Following in the footsteps of other promoters of false religions before them, “Although they claimed to be wise, they became fools” (Romans 1:22). Collins reports that someone presenting himself as a Christian psychologist proclaimed that psychology eradicates the need for the Holy Spirit’s role in developing the fruits of the Spirit, saying, “They could all be duplicated by any competent psychologist” (emphasis mine).[7]

Jung represented psychotherapy as a Heilsweg, meaning that he promoted it not only as a means of “healing” but as a means of salvation, defined as “the knowledge and fulfillment of [one’s] personality, which have always been the aim of spiritual striving.”[8]  In the Bible-believing religion, however, salvation comes only by calling upon the name of the Judaeo-Christian G-d,[9] not by knowing and fulfilling one’s own personality (Gnostic self-deification; i.e. idolatry). Jung asserted that the psychotherapist has the “role of priest” with a duty to “free [patients] from distress.”[10] Carl Rogers, aligning himself with this same brand of Gnostic false religion, writes, “I [rather than G-d] am the one who determines the value of an experience for me.”[11]  Scientific measures cannot support the belief system stemming from Jungian psychology as valid. “There is no evidence that high self-esteem itself [the aim of psychology] reliably causes anything.”[12]

It can easily be demonstrated from the writings of Jung, Fromm, Maslow, May, Rogers, and many who follow in their traditions that sinful behavior – blatant disobedience to the ethical teachings of the Bible – is encouraged by this belief system. Neo-Freudian psychologist Erich Fromm glorifies the sin of pridefulness, arguing, “Man’s pride has been justified.”[13]  Psychologist and Fuller Theological Seminary dean Archibald D. Hart has borne witness to psychology using “psychotherapy as a cover for carnality… shows pornographic movies – under the guise of ‘sexual therapy.’”[14]  Thomas Szasz, professor of psychiatry at the University of New York, affirms the validity of Hart’s observations and worse (i.e. sex surrogate therapy, nude therapy, and stimulation therapy).[15]  Mainstream (pop) psychology and psychiatry are appendages of a pagan religion: humanistic solipsism (i.e. the worship of oneself).

Influences that direct us toward sin are certainly not in alliance with G-d, but rather with his adversary and the adversary’s demonic cohorts… with whom we are to have no concert (1 Corinthians 10:21).  Psychology also undermines personal responsibility by inventing the legal defense of “mental illness,” a term for which there is no universally accepted definition.[16]  Scripture, however, teaches that, excuses aside, “the soul who sins is the one who will die” (Ezekiel 18:4).

A number of trained and established doctorate-holding psychologists, psychiatrists, and psychotherapists have, after many years in practice, determined that these “soft sciences” are spiritually dangerous. Larry Crabb realized, “As a Christian committed to a biblical view of man, I could not make the psychological thinking in which I had been trained dovetail with basic biblical beliefs…. The truths of Christianity seemed to have little bearing on the activities of my counseling office and were at many points flatly contradicted by my professionally orthodox behavior.”[17]  Bernie Zilbergeld adds that professional therapy is “overpromoted, overused, and overvalued.”[18] The “childhood influence” fallacy, contrived by Freud and perpetuated to this day, is in direct contradiction to 1 Corinthians 13:11 – “When I was a child, I talked like a child, I thought like a child, I reasoned like a child; when I became a man, I put away childish ways.”[19]

It is wholly incompatible with Biblical faith to seek counsel from a contra-Scriptural foundation.  I do not worship the principal architects of psychology/psychiatry: Freud (whose life ended in suicide), Jung, Fromm, Maslow, May, et al.; I worship Adonai alone. Anything rooted in any Weltanschauung contrary to His Word (i.e. the pagan teachings of psychology and psychiatry) is forbidden by my G-d.  Biblical counseling does not rely on, nor even lean on, anything associated with the religion of humanistic solipsism, upon which psychology and psychiatry hinge.

One response to “A Biblical Perspective on Psychology and Psychiatry”